The intention of this workshop was to explore the fundamental role of Dirac operators, in particular their index theory and their spectral theory, in a variety of areas of Mathematics, including topology, Riemannian, Lorentzian and symplectic geometry, foliations, and representation theory. The goal was to promote this central role of Dirac operators and to employ it in order to foster the interaction between mathematicians in different areas. The meeting promoted new collaborations amongst people working in different fields, but with a common theme and angle of attack.

Programme and abstracts as PDF. You can download the presentation slides of each talk by clicking on its title. 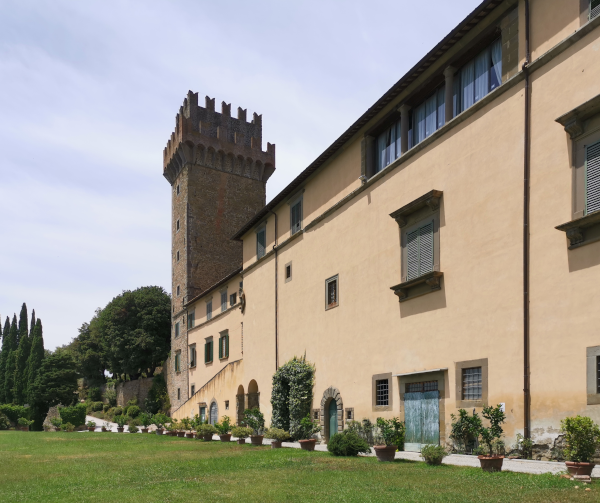 Cortona is a small town in southern Tuscany, dating back to Etruscan times, situated on a hill 20 km north of the Lake Trasimeno. The meeting took place in the "Palazzone", a 16th century castle 2 km outside of Cortona in a typical Tuscan landscape of olive and wine gardens. The Palazzone is owned by the Scuola Normale Superiore di Pisa which lets it to the Instituto Nazionale di Alta Matematica for several meetings every year. In the early summer, this is the perfect stimulating environment to concentrate on mathematics in general and on the role of Dirac operators in particular.

How to reach Cortona

Il Palazzone is located outside the massive ancient town walls of Cortona and can be reached by a pleasant walk from the center of Cortona (about 1.5 km: you walk from Piazzale Garibaldi on Via Gino Severini; along the way you will find several tourist signs directing you to Il Palazzone).

By train: There are two railway stations, Terontola-Cortona (10 km to center) and Camucia-Cortona (5 km to center), on the track from Florence to Rome (one hour from Florence and two hours from Rome, Siena, or Pisa). Both stations are connected to Cortona by an infrequent bus and by taxi. The train schedules can be obtained from the official timetable of Trenitalia or, alternatively, at the German Rail company DB which also covers non-Italian stations.

If in doubt, Camucia-Cortona is recommended. When looking for trains from Florence or Rome, keep in mind that they might start at different stations: Roma Tiburtina or Roma Termini, Firenze SMN or Firenze Campo di Marte.

By car: Arriving on Autostrada del Sole (State Highway A1) take the exit "Valdichiana". Upon exiting the highway, take the Siena-Perugia State Road towards Perugia. Exit at "Cortona via Strada Statale 71" (State Road 71) and follow the signs all the way to Cortona.

By plane: The closest airport is Florence but for inter-continental flights it is Rome. Pisa can be another option. From the airport continue by train.

If you have any inquiries please contact Paolo Piazza (piazza@mat.uniroma1.it).